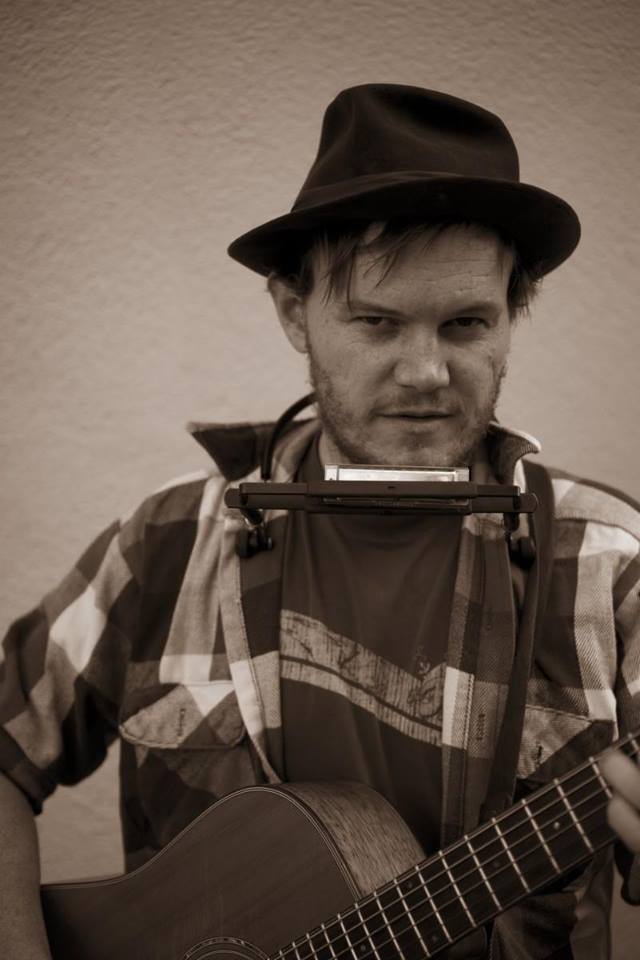 Guitar and harmonica wielding troubadour from Australia, Michael Brinkworth, with a backpack full of heartfelt road-worn songs written throughout his wanderings around the world, has honed a unique songwriting and performing style blending folk, blues, indie and alternative-country with rocknroll soul.

In Berlin, he has established the songwriting folk duo, The Red Town Blues, the alt-country-rock quartet WreckHeads, the Michael Brinkworth Trio, and more recently, his larger group, The Polar Opposites.

His debut studio album with a full band, “Somewhere To Run From”, was released worldwide on June 9th. He is touring the new album around Europe for the rest of 2016, and plans to record new material this winter.

Although he continues to expand his various band projects and to collaborate with other musicians on their projects, he still loves the freedom of performing solo and taking his audiences on a journey as a singer-songwriter, making each concert a new and unique experience.