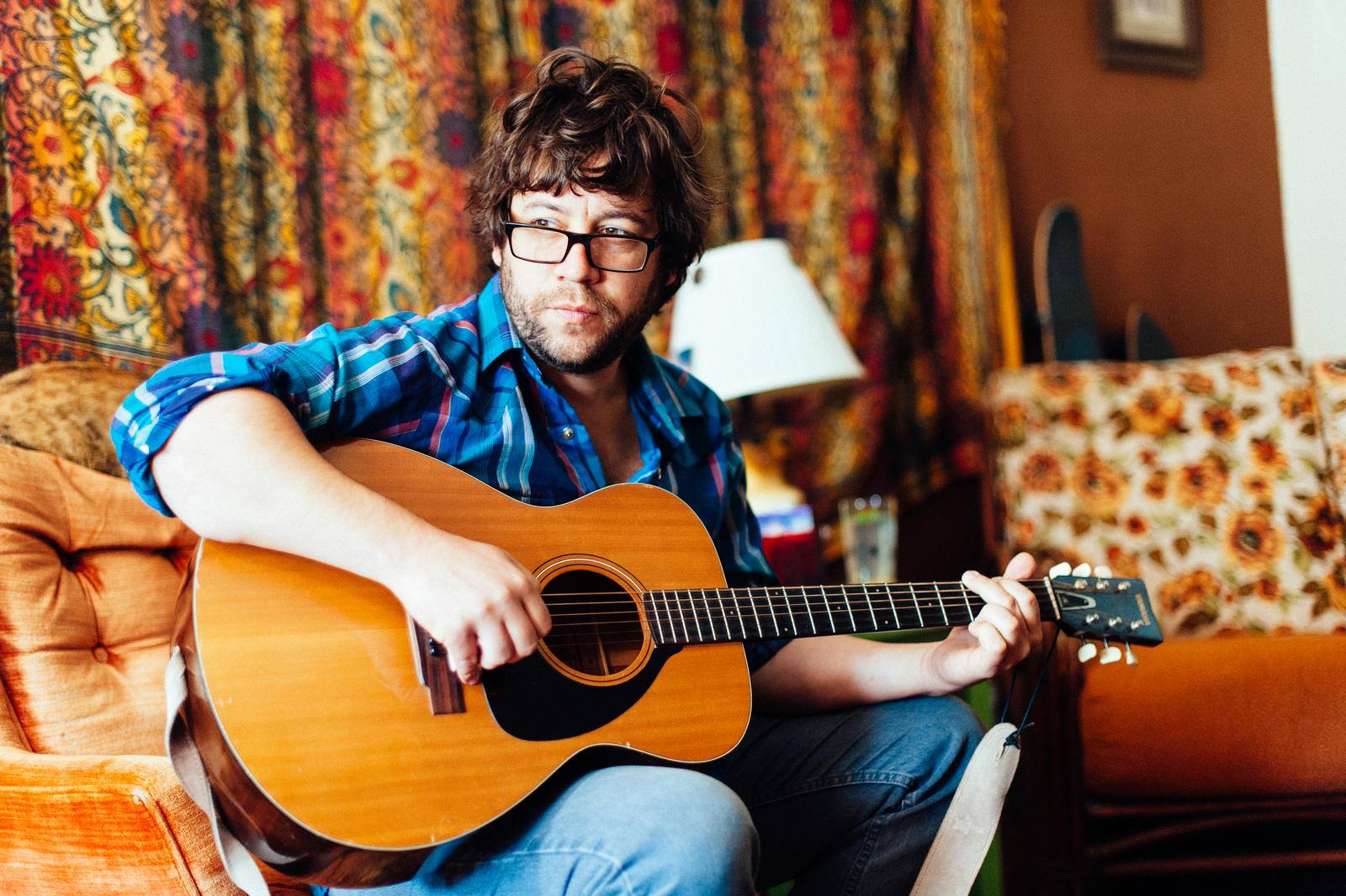 BRAD LAURETTI
After three years without a new full length album from the esteemed songwriter Brad Lauretti, This Frontier Needs Heroes has completed their fourth studio album Real Job. The title provides insight as to how he has spent his time in between albums: working hard. Lauretti did everything he could to become a full-time musician. He faced the daunting journey of touring full-time at every possible house show, festival, bar, brewery, and listening room across Florida, the South, and even the West Coast.

Much like their previous album 2013’s Hooky, the sound required assistance from additional band members which brings a relentless wave of energy that refuses to cease from track to track with the help of guitar, violin, drums, bass, pedal steel, and keys. The main difference with Real Job is a slight genre change, working from an eclectic indie rock mix to a more straight ahead Folk/Americana feel, which makes for their most concise sound yet. The hard work put in over the past three years has only helped to increase their musical maturity and establish themselves as a reputable source of talent, and live performance.

Folk, Rock Songwriter
With his first solo EP out in 2013 “Lost Every Night Alone”, the
folk-rock singer songwriter MANUEL BELLONE, influenced by artists such
as Ryan Adams Neil Young and Gram Parsons, by Alfons Maria Mucha’s
paintings and Sicily’s countryside fragrance, the american traditional
music and the acoustic music of the early 70s Stones and Zeppelin,
starts his path that will lead to the “Light From The Grave” LP, out
in 2015, that will bring him to play more than 100 gigs in the clubs
and theaters all around Europe, making him one of the hardest working
italian musicians abroad.

At the of 2016 it’s the turn of “You Need A Plan B To Stay Alive”, a
live EP that celebrates one year and a half of touring and anticipates
the return of Manuel Bellone into the recording studio for his
forthcoming LP “Split Pot”.

“Split Pot” is the treasure chest containing what and where we have
been during the last ten years, the people we’ve met, everything we’ve
done, so whatever inspired our songs.”